Organized by the MENA Chapter

This webinar provides insight into the most common causes of construction disputes in the oil & gas sector in the MENA region. The speakers examine the causes and provide insights on how disputes could be avoided or handled before they escalate to arbitration or litigation. The webinar provides the views of end-users, technical experts and legal counsel on the relevant issues. 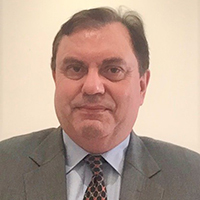 Richard Phelan is a UK qualified solicitor admitted in 1987 who has worked in the UK car industry, chemical industry and for the last twenty plus years, in the oil and gas industry. During his career he has worked in the UK, United States of America, Kazakhstan, Australia and Oman. In the UK between 1994 and 1997 he was the Head of Legal and Company secretary for Gulf Oil (Great Britain) Limited and in Kazakhstan between 1998 and 2002 he was the Deputy Legal Manager for the Tengizchevroil  joint venture.

In 2003 he was asked to be one of the founding members of Chevron’s Major Capital Projects legal practice group. Between 2003 and 2006 he worked on a number of significant major capital projects for Chevron in various locations. In 2006 he was assigned as the chief construction lawyer for the Chevron operated Gorgon LNG project in Western Australia. This was the largest ever single resource project in Australia’s history.

From 2006 to 2015 he drafted and negotiated many of the major construction contracts for the Gorgon Project, both upstream and downstream, and managed a team of lawyers supporting the project. He has extensive experience as a commercial and construction lawyer in a number of practice areas.

In January 2016 he joined Oman Gas Company SAOC (now known as OQ Gas Networks SAOC) as its Managing Counsel and since November 2018 has been its Legal Director with responsibility for all legal aspects of the company’s business.

Richard has a degree in Law from Leeds University. 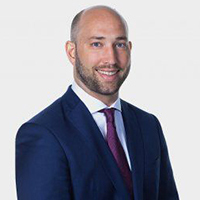 Benjamin Highfield is a Partner & Continent Head of HKA’s business in Asia and the Middle East with 20 years’ experience in engineering, claims and arbitration. Benjamin is regularly quoted in the industry press and advises clients on commercial and contractual matters as well as claims management and dispute resolution.

Benjamin is a chartered civil engineer, a Member of the Institution of Civil Engineers and a Fellow of the Chartered Institute of Arbitrators. 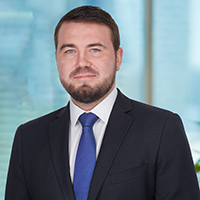 Slava Kiryushin is a solicitor advocate who advises on dispute avoidance and resolution of energy, construction and infrastructure matters.

He was previously General Counsel of Lukoil in the Middle East focussing on all of Lukoil’s major oil & gas and EPC infrastructure projects in Iraq.