Organized by the Canada Chapter

This webinar provides a disputes-based perspective on the negotiation of PSCs. The webinar considers certain key provisions that are commonly included in the PSCs and frequently invoked in disputes between IOCs and states or state-owned entities. By leveraging their extensive experience of PSC disputes, the speakers provide a series of practical considerations and recommendations to inform the negotiation of PSCs. 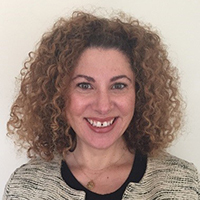 Kathryn Barnes is Senior Counsel with Chevron Upstream and is based in San Ramon, CA.  Kathryn joined Chevron Upstream Litigation in 2008 and manages international disputes for Chevron, including arbitration and litigation originating in Angola, Australia, Indonesia, Kazakhstan and Nigeria for Chevron’s non-U.S. Upstream operations. Kathryn interacts with external counsel located all over the world and is responsible for ensuring that all litigation matters are handled efficiently and in a cost effective manner consistent with Chevron’s Objectives-Based Litigation Technique ("COBALT®"), which is a structured and disciplined technique for achieving reliability, efficiency and world class performance in litigation management. Prior to joining Chevron, Kathryn was a partner with Thelen LLP where she specialized in complex commercial litigation and bankruptcy.

Kathryn attended the University of Pennsylvania Law School, graduating with honors, and Lehigh University of Bethlehem, Pennsylvania, graduating with a Bachelor of Science in Business and Economics with high honors.  She is admitted to practice law in the State of California and is a Certified Public Accountant (inactive) in the Commonwealth of Pennsylvania. Kathryn is currently the co-chair of the USCIB Corporate Counsel Subcommittee and co-chair of the Northern California International Arbitration Club. 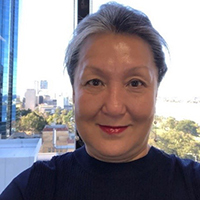 Gwendoline Brooker joined the Total Group in Paris 2002. She is currently re-based in Paris after assignments as GC in Indonesia and VP Legal Asia Pacific in Singapore. Gwendoline was formerly with Mobil Oil Corporation holding positions in upstream, chemical and refining in the UK, Indonesia and Singapore.

She is a qualified English barrister with a degree from SOAS, University of London. Gwendoline is fluent in French, Bahasa Indonesia and Cantonese Chinese.  Her work and experience is focused primarily on upstream oil and gas transactions which includes M&A, LNG sales and facility constrcution.  Since 2018, she has been managing significant upstream and mid-stream common law disputes worldwide. 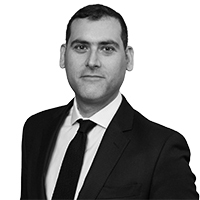 Reza Mohtashami QC is a partner in the London office. He has represented clients as counsel and advocate in more than 85 arbitrations conducted under a variety of arbitration rules in many different jurisdictions. Reza has particular expertise in disputes arising in emerging markets with a focus on the telecoms, energy, and infrastructure sectors.

His recent experience includes securing a $1.98 billion award on behalf of Crescent Petroleum and Dana gas in an LCIA arbitration brought against the Kurdistan Regional Government and securing a successful settlement on behalf of Beijing Urban Construction in an ICSID arbitration against the Republic of Yemen following a landmark decision on jurisdiction.

Reza is a qualified English solicitor-advocate and was appointed Queen’s Counsel in recognition of his advocacy skills in 2018. He is recognised as a Thought Leader in arbitration by Who Who’s Legal and Chambers describes him as giving “clear and authoritative advice on matters of strategy and case development,” with a source “praising him as ‘a fantastic lawyer’.” He speaks English, French, and Farsi. 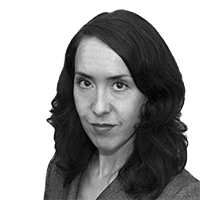 Kathryn Khamsi is a partner in our Paris office. Kathryn acts for States and corporate clients in all types of disputes. She is particularly sought after in high value disputes that raise complex issues of fact and law.

Recent highlights include acting for a Gulf State in a claim relating to a failed energy sector investment that raises issues of project finance and environmental legislation; acting for French State-owned company Areva in its multi-billion euro dispute relating to the OL3 nuclear power plant; and acting for a consortium of oil majors in a dispute with a State over a complex formula for the sharing of petroleum under a production sharing contract.

Clients have commended Kathryn’s “grasp of the technical detail, and her ability to identify and articulate game changing arguments.”  She is recommended by Who’s Who Legal as a leader in the Energy field, as well as by The Legal 500 (EMEA). Kathryn regularly lectures on energy sector arbitration at Sciences Po law school in Paris and has published extensively on questions of international arbitration and public international law.

Prior to her career in international arbitration, Kathryn was a Legal Advisor to the Prime Minister of East Timor (Timor-Leste), based in Dili East Timor, coordinating East Timor’s negotiations with Australia over maritime boundaries and the drafting of a new regime for petroleum investments. Kathryn has also worked with the International Development Law Organization in Kabul, Afghanistan, and with Columbia Law School.

Kathryn is admitted in Paris, New York and Ontario. She holds an AB from Harvard, LLB and BCL degrees from McGill, and an LLM from Columbia. Kathryn speaks English and French. 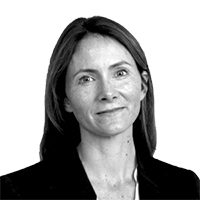 Leilah Bruton is counsel in our London office.  She has extensive experience representing corporations on the resolution of complex disputes involving investment treaties and contractual relationships, with a particular focus on oil & gas disputes arising out of long-term production sharing agreements.

Her recent experience includes representing: an international consortium of energy majors in ICC arbitration proceedings in Paris relating to operational and environmental claims arising out of the expiry of a PSC entered into with a Middle-Eastern State; an energy major in ICC arbitration proceedings in Paris relating to cost recovery disputes and claims of environmental damage arising out of the early relinquishment of a PSC with a Middle-Eastern State; and an energy major in potential treaty and contract claims against an African government and state-owned oil company arising out of a purported unilateral and retroactive change in the profit sharing mechanism set out in the applicable PSCs. 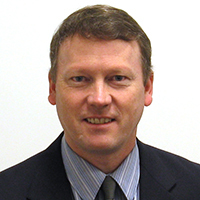