This webinar breaks down the fundamental day to day job functions of an international petroleum joint venture manager. The presenters use the AIPN Model Joint Operating Agreement and break down which articles will impact a joint venture manger's day to day responsibilities. The presenters also cover the project management skills needed to deal with the issues arising in each JOA article and attempt to bring the document into context by describing everyday business examples of JOA interpretation and use. Given the long-term tenure of a Joint Operating Agreement, attendees will learn that it is a living document that has as much to do with fostering relationships as it does upholding the black and white interpretation that arises from it. 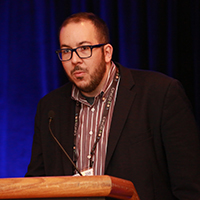 Before joining Clark Hill Strasburger, James worked at Anadarko Petroleum Corporation. His responsibilities included deepwater transactions and new ventures in Asia Pacific, Africa, Australasia, Canada, and the Caribbean. While at Anadarko, James also worked extensively with natural gas commercialization and marketing project in West Africa, East Africa, Central Asia, Trinidad, Australia, and New Zealand. James served on the board of the Association of International Petroleum Negotiators both an officer and a director and is currently a co-chair for the LNG SPA (long term) model contract drafting committee.

In the U.S., James focuses his practice in the Rockies and the Mid-Continent. As a former law clerk of the Colorado Oil & Gas Conservation Commission and title attorney, James is well equipped to manage transactions with large land positions and complicate regulatory implications. His depth of knowledge of midstream and marketing transactions also makes James well suited to handle transactions with assets across the entire value chain. 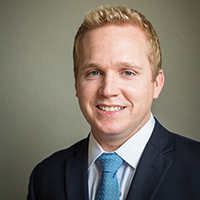 Nathanial Scott is a member of Noble Energy’s Corporate Business Development team focused on mergers, acquisitions and divestitures. His current work includes strategic corporate evaluations, asset evaluations and divestitures both in the United States and internationally. Mr. Scott has experience in government and commercial negotiations concerning operated and non-operated assets, new ventures and farmout efforts in West Africa and other international locations. Prior to his time at Noble, Mr. Scott gained extensive experience in assembling, developing and divesting conventional and unconventional land plays in various basins across the United States. Mr. Scott is a graduate of the University of Oklahoma College of Law.