This unique webinar is one in which one current and two former leaders of the hydrocarbons regulatory agencies of the biggest producers in Latin America share their experiences and lessons learnt. All three are ground-breakers and reformers, and are considered the most successful leaders their agencies ever had.

Armando Zamora and Juan Carlos Zepeda were the inaugural general directors of the hydrocarbons agencies in Colombia and Mexico, respectively. Armando led the liberalisation of the sector, and under his first tenure (2003-2011) production in Colombia jumped from just ~500,000 b/d in 2003 to 927,00 b/d in 2011. In 2020, he was reappointed to the ANH and he's now facing very different challenges, as well as plenty of opportunities.

Juan Carlos led the opening of the Mexican hydrocarbons sector after it was closed for 76 years to private investors. He overhauled Mexico's CNH structure and regulations for the new wave of investments that later materialised in +111 E&P contracts signed during his tenure, a product of three multi-staged bidding rounds. During Juan Carlos’ tenure, the CNH won praise for its transparency and efficiency.

Décio Oddone was appointed as general director of Brazil's ANP in a critical time for the country and the hydrocarbons sector. He led a very successful re-opening of the sector, expanded the number of opportunities to all kind of players, and implemented many reforms within the ANP to make it more transparent and efficient. Under Décio's leadership, the ANP conducted five of the six Pre-Salt Bidding Rounds, three Concession Bidding Rounds and the first Onerous Assignment ('Cessão Onerosa') Bidding Round, established the Permanent Round System, approved key regulations, including the rules for Reserve-based lending and Mature Fields, and played a critical role in ending Petrobras' dominance in the natural gas and refining sectors. 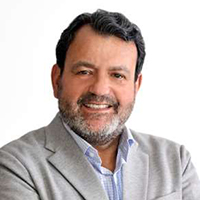 Armando Zamoro Reyes is the current President of the National Hydrocarbons Agency (ANH). He has a Master of Science and Doctorate in Engineering from MIT, and an MBA from IMD (Lausanne). He is an Honorary Professor at the Centre for Energy, Petroleum and Mining Studies of the University of Dundee (Scotland), where he was Deputy Director.

Mr. Zamora was the first Director of the National Hydrocarbons Agency from 2003 to 2011, emphasizing in the creation and strengthening of the new regulatory authority of the hydrocarbon sector in Colombia, as well as the adoption of a new model for concession contracts. He organized and executed six area bid rounds for exploration and production of the hydrocarbon sector, derived as modern, competitive and fair. Among other achievements, he has also served as Senior Advisor to Accenture Strategy Energy and Schlumberger Business Consulting, Senior Consultant to the Boston Consulting Group, and Consultant to the IDB, the World Bank, the International Monetary Fund and the International Finance Corporation. He previously worked at Mobil de Colombia, the Institute of Nuclear Affairs, Carbocol and Corporación Invertir en Colombia, currently Procolombia. 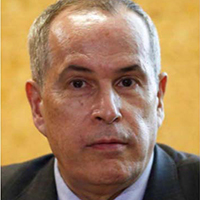 Décio Oddone is the current CEO of Enauta, a Brazil-focused E&P company. Prior to Enauta Decio was the Director-General of the Brazilian National Agency of Petroleum (ANP) (2016-2020). He previously held roles at Petrobras and its subsidiaries in Brazil, Angola, Libya, Bolivia (of which he was the CEO), and Argentina (of which he was CEO and Chairman of the Board of Directors). He was also a Vice President of Braskem. Mr. Oddone was also Director of Oil and Gas Projects at Prumo Logística S.A., a member of the Board of Directors of the Institute of the Americas, in the USA, and chaired the Bolivian-Brazilian Chamber of Commerce and the Argentine Chamber of the Petroleum Industry. He holds a degree in electrical engineering from the Federal University of Rio Grande do Sul and has studied petroleum engineering at Petrobras. He has attended the Advanced Management Program at Harvard Business School and the Advanced Management Programme at INSEAD. He has also been awarded an honorary PhD in education from Universidad de Aquino. 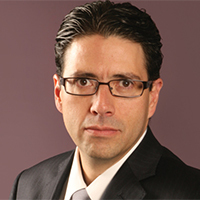 Juan Carlos Zepeda is a Director at Mexico Infrastructure Partners (MIP). Previously, he was the President Commissioner at the Mexico’s Hydrocarbons Commission (CNH) from 2009-2019. Prior to the CNH he was Director General of Hydrocarbons at the Energy Ministry (Sener) from 2007-2009 where he was responsible of technical evaluations of E&P projects. He also held positions at the Ministry of Finance where he was responsible of evaluating PEMEX investment projects and budgets and designing its tax system. Juan Carlos Zepeda holds a B.A. in Economics from the Instituto Tecnológico Autónomo de México (ITAM), a Master’s degree in Economics and Finance from the University of the Warwick, and a Master’s degree in Economics from the University of Georgetown where he studied for a Ph.D in Economics. 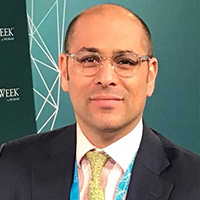 Carlos Bellorin is responsible for E&P legal, fiscal and regulatory research and analysis. He's also focused on regulatory framework design and good practices for the decarbonization of oil and gas operations at IHS Markit.

Mr. Bellorin based in London and specialises in upstream legal and contractual regimes and regulatory design for the decarbonization of oil and gas operations. He is focused on research and regularly advises companies and hydrocarbons regulatory agencies on upstream legal and regulatory matters. Since 2013, he has been a Teaching Fellow at Queen Mary University, London and SciencePo in Paris where he teaches the module "International and Comparative Petroleum Law and Contracts in the Energy Transition". Prior to IHS Markit, he was an external counsel for oil and gas companies and in-house legal counsel at two major Orinoco's Oil Belt projects in Venezuela.