Originally organized by the AIPN US Chapter

This webinar provides a general overview of the global situation of LNG cargos, the impact of COVID-19 on supply routes, swapping of cargoes, and other commercial issues that buyers and sellers are currently facing. It also provides an analysis of the positions of buyers and sellers on different Force Majeure situations, ending with a Q&A session. 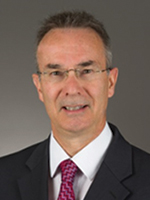 Nick Fulford is Global Head of Gas and LNG at GaffneyCline, with over 35 years experience in all aspects of the gas value chain.  Nick’s career started at British Gas, where he was heavily involved in the gas and power restructuring in the UK in the 1990s.  Since then, Nick has focused on international markets and LNG, including participation in the US unconventional gas boom of the early 2010’s.  Nick joined GaffneyCline in 2014 and over his six years with the company has assisted a range of government and industry clients with strategic, commercial and technical advisory assignments.  He has contributed to three books on LNG markets, Shale Gas, and African LNG/Gas-to-Power and written a number of articles on the impact of US LNG on international gas markets, and the emergence of new pricing models. 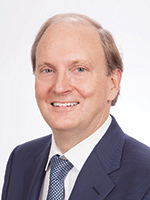 John Mauel is the Global Head of Energy at Norton Rose Fulbright. He has more than 30 years of experience in handling the development, financing, acquisition, and divestiture of domestic and international LNG, oil and gas, and electric power projects, including the consortium structuring and joint venture arrangements involved in such projects. John has had the opportunity to act as lead outside counsel in connection with several major LNG projects and transactions, including US LNG export projects, LNG receiving terminal projects on both sides of the Atlantic, major natural gas procurement and marketing transactions, and major LNG sale and purchase transactions. His oil and gas experience encompasses acting as lead outside counsel in connection with the purchase and sale of producing and non-producing oil and gas properties, including major acquisitions and divestitures of US shale oil and gas properties, and in connection with the purchase and sale of midstream assets such as gas processing plants and pipelines. 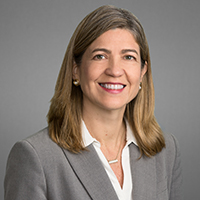 Vera de Gyarfas is a partner in Mayer Brown's Houston office and a member of the Oil & Gas industry group. She focuses her practice on transactions involving energy projects in Latin America and Africa. Vera represents companies engaged in all kinds of energy projects, handling negotiations of host government agreements as well as commercial agreements among companies in English, Spanish and Portuguese.

Vera has particular experience in LNG and negotiates and drafts investment agreements for host governments and other parties, analyzes existing regulations and government negotiations, and completes agreements for LNG sales and purchases, gas supply, and terminal usage, among others.

Vera advised Anadarko on the Mozambique LNG project which, given the huge gas reserves found, could transform Mozambique into a major natural gas–producing country in the world. Vera headed the negotiation and drafting of the enabling legislation, investment agreement and ancillary agreements. The initial two-train phase of the project has an estimated value of US$15 billion.

Vera was recognized as a 2016 Women in Energy Honoree by Texas Lawyer, she is ranked in the Legal 500 2018 Powerlist as an expert in Mexico's energy sector and is ranked in Chambers Global 2018 for Energy and Natural Resources as an expert in the US for Venezuela. She was also recommended in Legal 500 Latin America 2018, and listed as a leading practitioner in the International Who’s Who of Oil and Gas Lawyers 2018.

Vera is fluent in Spanish, English and Portuguese and is a frequent author and speaker on energy topics.