In this one-hour webinar, Miles Prillaman discusses twelve selected issues related to the 2012 AIPN Model International JOA, including liabilities and indemnities, senior supervisory personnel, party selection, and transfers.  In one particular discussion, attendees will learn how the financial consequences for the Macondo JOA parties might have been vastly different had they used the 2002 AIPN Model International JOA’s indemnity structure. 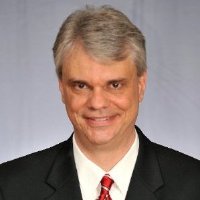 Miles Prillaman is an Executive Counsel with ExxonMobil Corporation and based in Spring, Texas. He works primarily with upstream oil and gas matters, with a focus on joint operating agreements. Since joining Exxon Corporation in 1986 in Houston, he has also worked in Midland, Texas; Florham Park, New Jersey; and Kuala Lumpur, Malaysia. Miles is a member of the AIPN Model Contracts Review Committee, a former AIPN officer and director, and a former member of the 2012 AIPN Model International JOA Revision Committee.