The Future of the Oil and Gas Company

Originally presented at the AIPN 2018 International Petroleum Summit in London

Mergers and Acquisitions always have been a strategic tool for oil and gas companies to achieve their business objectives. Principally they are meant to create efficiencies such that the value of the combined entity is greater than the sum of the two parts. However, a successful merger depends on whether the value is ultimately achieved. Given the significant changes the industry is currently undergoing: lower for longer commodity prices, desire for lower hydrocarbon emissions, and the rapid rise of electric vehicles/advances in battery technology, the rationale for M&A is also changing. Does it still make sense for companies to seek efficiencies, or should they find ultimate value in the acquisition of new technologies and markets? Thinking about the future, indeed the survival, of the “traditional” oil and gas company is in order. This fireside chat with Lord Browne will explore various possible scenarios. 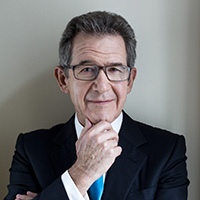 The Lord Browne of Madingley

John Browne (The Lord Browne of Madingley) has been in the energy business for 50 years. He joined BP plc in 1966, becoming its Group Chief Executive in 1995 until his retirement in 2007. During that period, he grew shareholder returns by five-fold and made the company an active participant in seeking solutions to climate change. He also sat on the boards of various companies including Intel Corporation and Goldman Sachs Inc. Since then, until 2015, he was head of the world’s largest private equity fund for renewable energy. He is presently on the board of Pattern Energy Group Inc, a renewable energy company, and the Chairman or member of the board of several privately held entities involved in energy or technology.

He is the author of four books: Beyond Business; Seven Elements that Changed the World; The Glass Closet: Why Coming Out is Good Business; and Connect: How Companies Succeed by Engaging Radically with Society. 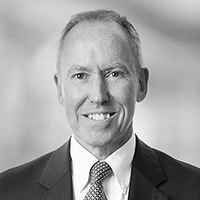 Professor Paul Griffin is an English lawyer and has more than thirty-five years’ experience of practising in the international oil and gas business.  Paul was a partner in leading international law firms for some twenty-five years until his retirement from Allen & Overy in 2016.  During that time he led the oil and gas teams at those firms and worked on many of the significant deals and disputes of the global oil and gas business, as well as being involved in related matters of public law and competition law.  He has been recognised as the World's Leading Energy Lawyer in the Expert Guides: Best of the Best, and as the World's Leading Oil and Gas Lawyer in Who's Who Legal.

In addition to his role at the University of Dundee, Paul is Special Adviser to the Global Oil and Gas Group at White & Case.  He is also now active in the resolution of disputes in the international oil and gas sector where he works as an arbitrator, an expert and a mediator.

Paul writes and speaks regularly on the issues and developments of the law in the context of the global oil and gas industry.  He is the consulting editor of the leading text, "The Law and Business of LNG", now in its third edition.