Longtime AIPN members Harry Sullivan, Marleen Bergman, Mick Jarvis, and David Bishopp discuss their thoughts about negotiations in this webinar. Attendees will leave with a better understanding of the meaning of negotiations, as well as the process and personal requirements of negotiations. Speakers will also discuss effective negotiator traits and the top ten skills of negotiators. 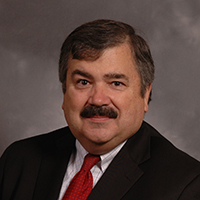 Harry Sullivan is an International Energy Attorney based in Dallas, Texas, where he is an Executive Professor at Texas A&M School of Law and an Adjunct Professor at SMU’s Dedman School of Law. He also is an Assistant General Counsel for Kosmos Energy in their West Africa exploration activities. His previous experience includes fourteen years as Senior Counsel-International in the International E&P Legal Group of ConocoPhillips, Of Counsel with Thompson & Knight LLP, fifteen years as Chief Counsel-International and Senior Counsel for Atlantic Richfield Company and five years as Senior Counsel for Sun Oil Company. Mr. Sullivan has a J.D. degree from Louisiana State University School of Law and an LL.M. degree from Southern Methodist University’s Dedman School of Law. He is licensed to practice law in the states of Louisiana and Texas and before the Supreme Court of the United States, and he is Board Certified in Oil, Gas and Mineral Law in Texas. He is also admitted as a Solicitor in England and Wales. His practice and experience focus on the upstream and midstream oil and gas industry, both in the U.S.A. and internationally. 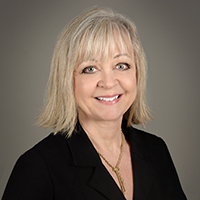 Marleen Bergman has worked as an attorney and negotiator in the international upstream industry for 30+ years, starting at Getty Oil Company and - through takeovers - at Texaco and Chevron.  After leaving Chevron in December 2001, she consulted for clients on a variety of E&P matters on projects in all parts of the world.  In October 2008, she joined the Legal Department of BHP Billiton Petroleum, later moving to a commercial role where she currently has responsibility for exploration projects.

Marleen has served on the Board and as an Officer of the Association of International Petroleum Negotiators (AIPN) and participated in the development of the AIPN model Farmout Agreement and the development and revision of the AIPN model Joint Operating Agreement.  She has completed the Harvard Program on Negotiation and is also a trained mediator.

Marleen is a member of the International Bar Association, the State Bar of Texas, and the Houston Bar Association.  She is a native Texan and a graduate of the University of Texas and South Texas College of Law.  She is the mother 2 boys, Mason and Nick.

M.G. (Mick) Jarvis is an independent energy consultant based in London, UK. From August 2012 until his retirement from ConocoPhillips in October 2014 he was providing negotiations strategy support to ConocoPhillips’ portfolio rationalisation program, based in the UK. He is a graduate of the South Bank Polytechnic in Business Studies (1975) and has a MA in International Law from City Polytechnic, and an Honorary Doctorate from London South Bank University. Mick was President of the Association of International Petroleum Negotiators from 1993-94, and recognised by AIPN as a Distinguished Negotiator in 2013.

Mick Joined Phillips Petroleum in London in 1975, working as a negotiator in Europe and Africa. He moved to the USA in 1980, gaining experience in onshore and offshore land work before moving to Phillips headquarters in Bartlesville, OK as Director of Strategic Planning.

In 1984 Mick left Phillips and joined Amoco, holding key commercial and negotiating positions in London, Chicago and Houston. Mick left Amoco in 1999 at the time of the BP/Amoco merger, when he was Managing Director of Amoco International Gas. He joined PSG Limited, a pipeline development JV between Bechtel and GE Capital, where he was responsible for global Business Development and all commercial activity on the Trans-Caspian Pipeline project.

In 2002 he joined BG group as Commercial Director, where he was responsible for gas strategy development and negotiations on LNG projects. Mick left BG in December 2004 when acting Head of Commercial for BG group, and became a Director of WHAM, a company pursuing new exploration opportunities in the UK North Sea.

Mick re-joined ConocoPhillips in 2006 as Global Manager, Business Development and Negotiations based in Houston, TX. USA. In this role he provided functional excellence guidance and approval for all corporate growth opportunities, developed and managed all BD training and mentoring for commercial personnel as well as providing direct commercial support to the West Africa Business Unit where he served as Director for Brass LNG, heading the Audit Committee of this incorporated JV and serving on the Project Steering Committee.

Mick now dedicates most of his time to training and development in the Energy Industry. He is a founder member of the AIPN Negotiations Skills Workshop and since its inception in 2006 has trained over 500 delegates in this workshop. He has also provided negotiations skills training, instruction on Joint Venture development and operations and on governance in major companies to Pertamina, SKK Migas and CNOOC.

David was the Head of Strategic Business Development for Galp Energia based in Lisbon, Portugal.  Prior to this appointment, he had been variously a VP Commercial, Commercial Director Asia Pacific, Country Manager Venezuela, Head of Commercial Negotiations and a Commercial Manager for BG.  His remit took him to every continent barring Antarctica.

Although originally a geoscientist, David moved into the commercial arena after becoming a regional explorationist  heavily involved in business development,  the negotiation of new blocks and integrated strategy work including Upstream and downstream projects.  David's interest in the academic and practical study of negotiations prompted him, post-geological degrees to study for an MBA, then Law and Psychology.

David was well known as a presenter at conferences on upstream oil and gas contracts, unitization and trans-boundary oil and gas development. He was an external fellow and lecturer at the prestigious International Maritime Law Institute (IMLI) at the University of Malta. He was the author of over thirty papers and reports. He was a member of the AIPN since 1990 and has served on its board. He was also a member of the AAPG, a Fellow of the Geological Society, PESGB and the British Psychological Society.