Unitization: Key Aspects to Consider in a Unitized Partnership

Organized by the Mexico Sub-Chapter

In this webinar, speakers discuss the relevant issues related to the unitization of straddling fields, with a focus on voting, the effects of unitized operations on underlying grants and redeterminations. 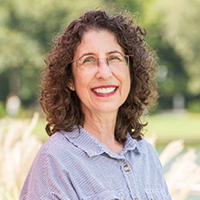 Julie Mahler has been with ExxonMobil for 32 years.  She is a geologist by training, having earned a Bachelor of Arts in Geology from Wellesley College and a Master of Arts in Geology from the University of Texas at Austin.  Julie spent the first third of her career at ExxonMobil doing geoscience technical work – prospecting, drilling wells, and optimizing production – across exploration, development and production both in the mid Continent of the US and in Azerbaijan.  She spent the second third of her career in global geoscience leadership roles, moving from first line supervisor to project manager to geoscience technical manager and finally to exploration manager.  These roles covered South America, Russia and the former Soviet states, the Middle East and Asia Pacific.  The last third of Julie’s career has been commercial work – negotiating international agreements, mostly in West Africa.  Julie has been solely focused on Unitization and Redetermination, globally, for ExxonMobil since January of 2018, which is also when she joined AIPN.  Julie was an active participant in AIPN’s task force to update the Model UUOA, released in January of 2020. 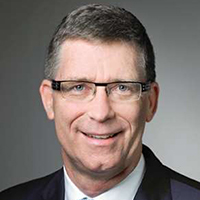 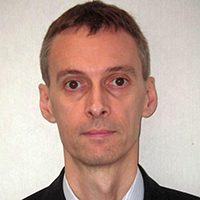 Doug Peacock is a Technical Director with GaffneyCline, based in Singapore.  He holds a B.Sc. in Geological Sciences from Leeds University, UK, and a M.Sc. in Petroleum Geology from Imperial College, London. He has over 35 years’ experience in the oil industry in a variety of geoscience positions, during employment with service companies, operators and consultancies.  He has been involved in integrated applications, 3D modelling, Unitisation & Redetermination and reserves assessments throughout his career.   He has also served as an expert witness in several court cases.

Doug has wide experience of unitisation and redetermination throughout the world in various roles including independent expert and advising companies on submissions, and negotiations.  He has recently, in Sep 2020, given both a webinar (Who Owns the Oil?  The How and Why of Unitization) and a 2-day Introduction to Unitisation & Redetermination online training course on behalf of the Society of Petroleum Engineers (SPE).

He was an SPE Distinguished Lecturer for 2010-2011 and a recent member of the SPE Oil and Gas Reserves Committee (OGRC), which is responsible for the Petroleum Resources Management System (PRMS).  He has written many technical papers and presented many training courses mainly on reserves assessment on behalf of the SPE. 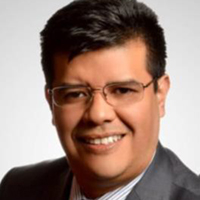 Marco is an explorationist with more than 20 years in the industry. He has worked in multidisciplinary teams developing studies of different scales, working in different Mexican basins.

Marco was deeply involved in the round zero process after the Mexican energy reform, as well as the head of the unit that allowed Pemex’s participation in the Mexican rounds. These ventures included negotiation in all aspects, with both regulators and partners, as well as coordinating technical and legal teams.

Currently, Marco is running exploration projects with a strong digital component but also keeping an interest in AIPN objectives.