Update on Nigeria: How Will the Petroleum Industry Bill Benefit the Oil & Gas Industry?

Laws governing Nigeria’s oil & gas industry have not been comprehensively updated since the 1960s. After a long wait, that situation is about to change. This webinar gives an update on the current state of the PIB’s legislative passage. It provides an overview of Nigeria’s oil & gas industry with particular reference to the long-anticipated Petroleum Industry Bill. Speakers provide an overview of current trends and issues in Nigeria and then consider the impact that the PIB will have for both international and domestic participants. Each speaker shares their first-hand experience of recent trends and transactions in Nigeria and will give their views on how the PIB, and other issues, will impact the future of the country’s petroleum sector (including the government’s stated aim of the “Decade of Gas”). 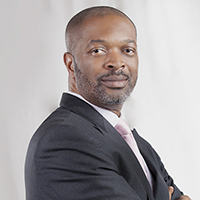 Chiagozie Hilary-Nwokonko is a Partner at Streamsowers & Köhn. He also heads the Firm’s Energy and Natural Resources and Legislative Advocacy Groups. Chiagozie graduated from the University of Cambridge, England in 1986 and initially trained as a Marketing Management Trainee with Unilever Plc in the United Kingdom. He was called to the Nigerian Bar as a Solicitor and Advocate of the Supreme Court of Nigeria in 1991. Chiagozie was also a United Kingdom Government Chevening Scholar at the Centre for Energy, Petroleum and Mineral Law and Policy of the University of Dundee, Scotland. 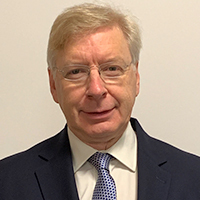 Michael Humphries has over 30 years of experience in the international oil and gas industry and investment banking. He began his career in the international department at Britoil PLC. Subsequently he worked as an energy banker at Samuel Montagu & Co. in the London and New York; as corporate development director at Great Western Resources Inc., a Houston based energy company; and as a director at PFC Energy Inc., a Washington DC based energy consultancy firm.

In 1995, Michael joined the Washington DC office of N M Rothschild & Sons as a Director in the Natural Resources Group focused on cross border M&A and advisory mandates. In 2005, until 2008, he worked for Ferris, Baker Watts, Inc. where he started an Energy Investment Banking Group, originating and structuring cross-border oil and gas transactions.

In 2009, until its merger with a Canadian public company in June 2010, Michael was CFO and a director of Amber Petroleum Ltd. a private oil and gas company with assets in Nigeria and the Joint Development Zone. From 2005 to 2014 Michael ran a private energy consulting practice, Redcliff Energy Advisors LLC that provided a range of strategic advisory services to oil and gas companies and resource focused investment funds, with a particular focus on Nigeria.

In late 2014, Michael was appointed Head of Oil & Gas Advisory at Rand Merchant Bank where he successfully built the bank’s oil & gas advisory franchise advising both international and indigenous E&P companies in Sub-Saharan Africa. He left RMB in late 2018 and re-established Redcliff Energy Advisors Ltd providing strategic advice to international and indigenous upstream companies operating in Africa and with a specific focus on Nigeria.

Mr. Humphries holds a B.A. (Hons) in Politics and Modern History from the University of Sheffield and a M.Sc. (Econ) in International Relations from The London School of Economics. 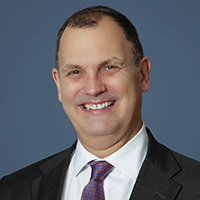 Marc Hammerson is a senior corporate lawyer with deep experience in  complex transactions in the energy and natural resources sectors in Africa.

One of the world’s leading energy lawyers (Who’s Who Legal, 2020 and previous editions), Mr. Hammerson is listed as an Overseas Expert for Nigeria by Chambers 2020, which praises him as “an excellent lawyer” and for “the speed of his response”. He has been recognised by both Chambers and Legal 500 for many years for his experience in oil & gas, restructuring and for his work in Africa. Clients say, “When I have an oil and gas question, he's my first port of call”  (Chambers, 2017).

Marc has a wealth of experience in advising national oil companies and partially state-owned oil companies internationally, notably but not exclusively in emerging markets. 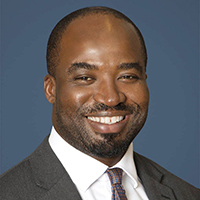